How to Live Cheaply in Tokyo

Tokyo has a reputation as being an expensive city. However, if you're earning some yen and you have ambitions of having a fat savings or investment account one day, it's going to help you to know how to live cheaply in Tokyo.

I'll be the first to admit that yen-pinching isn't exactly going to make you rich (earning and investing more money is the key to that), but it does serve two purposes.

Tokyo (and most major Japanese cities) can be pricy

Tokyo is the second largest metropolitan area in the world, full of expensive high rise buildings, luxury shopping, and an endless sea of venues for rich execs to spend their dough. The cherry on top, especially as an outsider, is that it’s not typically an easy path to become a high income earner. The Japanese business world is designed to keep the cogs in the machine well behaved and quiet while the absolute top earners rev their Maseratis and throw down on ¥28,000 sushi meals.

If you're early on in your career, or perhaps working at an eikaiwa while you wait for the right opportunity, it can feel downright unfair that all of this exists and you're left shopping at the nightly supermarket discount hour.

Fear not! Our tried and true tricks for living cheaply in Tokyo will help get you through this period of belt-tightening and arm you with a keen eye for value – which is always a good skill to have.

For a primer on how to manage your income and understand Japanese income tax, check out our Taxes in Japan series here.

Let’s start with something easy; something that everybody does in some capacity, but can be a bigger money sink than a Black Friday sale. Enter groceries.

As far as grocery shopping is concerned, if you think you’re going to be able to live cheaply in Tokyo without thinking a bit about where and how you’re shopping, you’re gonna have a bad time. 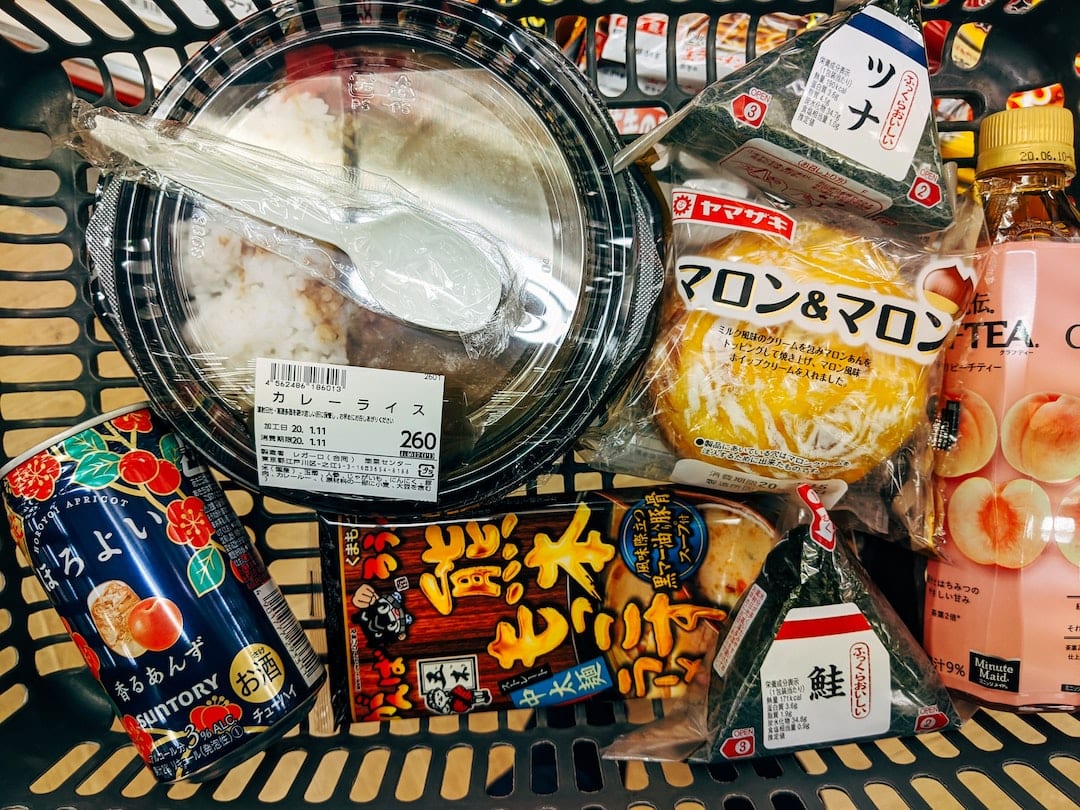 While there’s no “dealer” to infiltrate, there are definitely suppliers that you need to find if you’re truly hoping to save some cash. Now, supermarkets occasionally have good deals, it’s true, but you’re going to get way more bang for your buck if you find the wholesalers. A good one to look for, especially if you are in Tokyo, is 肉のハナマサ Niku no Hanamasa. This, and 業務スーパー Gyoumu Supa place are the places to go if you’re looking for cheap meat, greens, and grains in bulk.

To give you an idea, let’s compare. By going to your local supermarket, you can probably get a couple chicken breasts for, what, 350 yen for a small pack? Sounds decent until you experience the goodness that is Hanamasa. At this wholesaler, you can get a whopping 2kg of chicken for the low price of...wait for it… 780 yen. That’s a little over twice the price for almost three times the amount of chicken you’ll get at your local supermarket. But wait, “what if there isn’t a Hanamasa near me?”

Sometimes the thing you want is far, far away. We can’t all be so lucky to live right next to the supermarket of our dreams. Those of you that are, congratulations! You have bragging rights.

Is a bike expensive? Well, it can be, but there are cheaper options available if you shop around.

As to whether it’s worth the investment to get a bike, remember that a bike is going to allow you access to a much larger selection of supermarkets and stores, some of which (like Hanamasa) are going to save you (and your wallet) a lot of pain. It’s also just generally good for getting around and getting some exercise. Turns out living cheaply in Tokyo can be good for your health, too.

Transportation: get around cheaply 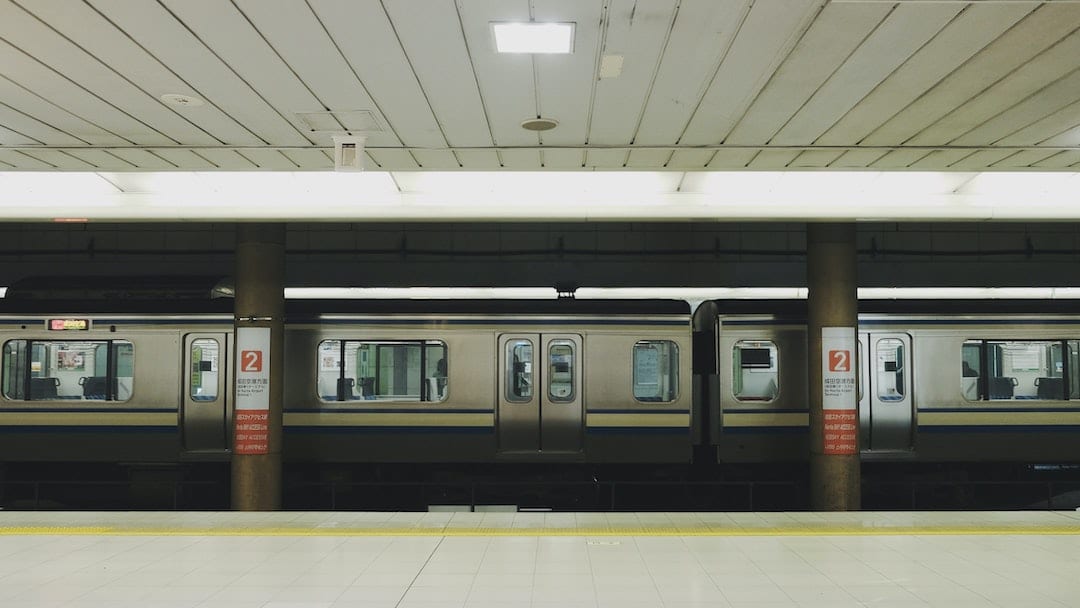 Tokyo is home to one of the most elaborate, clean, punctual, well thought out, and interesting train systems in the world. It’s almost like I can’t say enough good things about it, except for… oh yeah, it costs money, which we’re trying to save.

Now, while the trains in Tokyo are actually relatively cheap compared to the rest of Japan, it’s the act of not riding the trains that’s going to save you a lot of money each month. It will also save you from having to stand next to a sweaty and potentially drunk salaryman who looks like he’s going to try to use you for a free English lesson. Score!

So, what’s the best idea for getting around Tokyo cheaply and without using trains? Well, guess what; remember that bike you decided to buy to make it easier to get to your favorite wholesaler? That bike can also be a game changer when it comes to getting from A to B in Tokyo. If you were on the fence about getting a bike due to the price, this might help make your decision a bit easier.

On a monthly basis, many people living in Tokyo easily spend over ¥10,000 a month on transportation alone. Add to that the money you’ll save on food, and you’ll start to see how quickly you’ll make back that initial investment on the bike.

But what if I live too far away?

Sometimes you find a great place to live, with a good supermarket nearby, cheap rent, and tolerable neighbors; sounds like the holy grail for trying to live cheaply in Tokyo, no?

Unfortunately, you'll find that more often than not the aspect you sacrifice for all the above is location. Sometimes this means a one hour train ride. Sometimes it means you're way out in a commuter city (hello Chiba!) Riding your bike into the city might be out of the question, but don’t worry! You’re not out of options.

Time to pick up a commuter pass or teikiken 定期券. The commuter pass is a godsend for anyone who has a set route that they take to work every day. What a commuter pass does is it allows you to spend a certain, fixed amount of money each month for your train fair. This train fair pays for unlimited travel between two stations on one train line, which includes the perk of being able to get off at any station in between for no extra charge. Be aware however, that once you go further than the station set by your commuter pass, you will be charged for each station, even if it’s on the same train line.

Let's take an example where your pass is from Shibuya to Aoyama-Itchome for work, but on the weekend you want to go hang out with friends in Tsukishima. Your fare is already covered for the majority of the trip, and you just pay the difference, which works out to ¥30. In the long run, this saves you a lot of money because the base fare to get on the train is the biggest expense (which gets covered by the pass), and a few additional stops doesn't tack on too much beyond that.

Drinking: osake on a budget 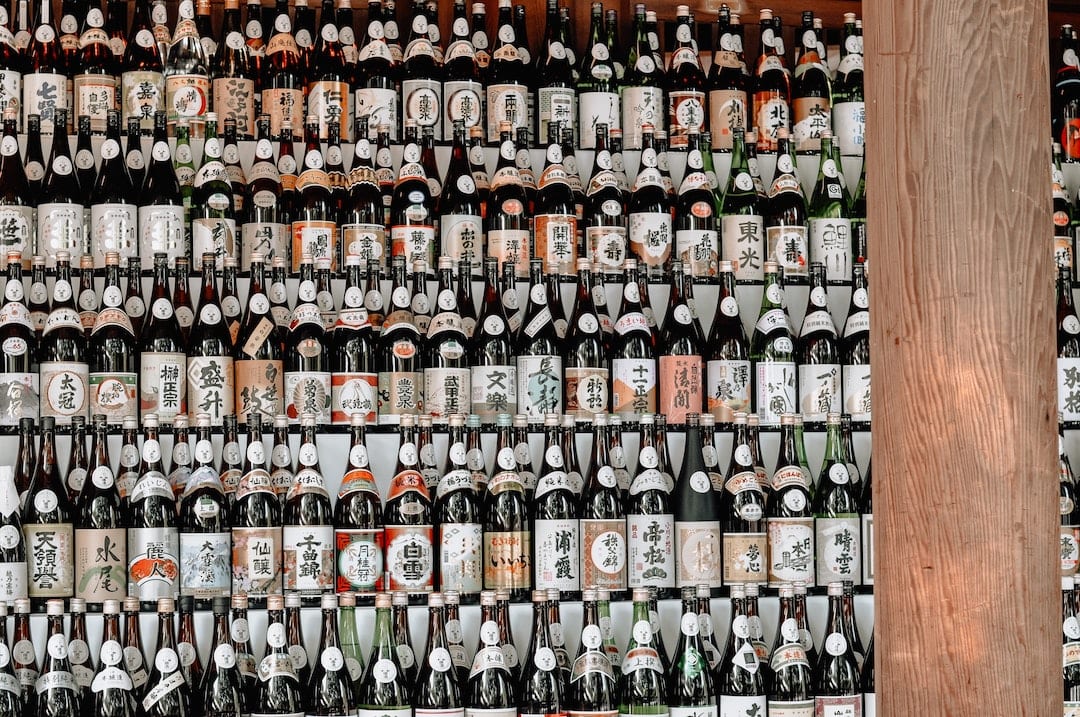 Ballin' on a budget ain't easy, but Friday beers in Tokyo don't have to cost an arm and a leg.

With drinking being such a big part of the social and corporate culture of Japan, you’re going to have to be watching your budget closely to make sure you don’t break the bank on booze alone. I've seen it happen. A few drinks at that posh place after work with your coworkers, sake with dinner during your date, and pretty soon your head isn't the only thing hurting the next morning. The price of izakayas can add up quickly, but thankfully there are ways to enjoy drinking in Tokyo that don't end with you eating beans and rice just to keep up a social life.

(By the way, you can totally just not drink alcohol – this is great for both your budget and your health, but we're not here to tell you how to live your life. Our friend Donny Kimball outlines his experience going no booze in Japan here, if you're looking for some inspiration.

The way of the street

The cheapest way to drink is simply to find a convenience store (or even better, a supermarket) and buy drinks there. You can get cans of something called chu-hi for about 210 yen for a big can, or a tall boy of beer for a bit more than that. The person who came up with the name for this type of drinking, “conbini drinking,” didn’t think long, or hard, about a more creative name for the activity, but they definitely knew how to take advantage of the legality of drinking on the street in Japan.

By the way, for those of you that don’t know, a chu-hi is like a better version of a four loko; one that doesn’t take you back to all of the bad decisions you made in college. At 9% alcohol, it’s one of the more frugal ways to knock back a couple with your friends. 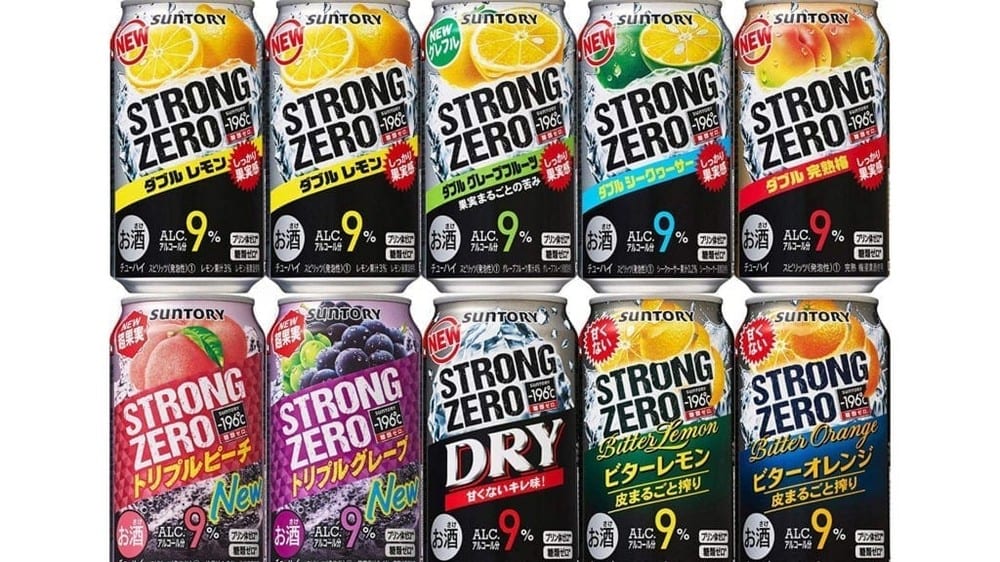 The way of the establishment drinker: nomihodai

If you prefer to uphold a certain level of decorum when drinking with your companions and coworkers, then there is still a way to do it while saving money.

The answer is nomihodai (飲み放題) which basically means "drink all you want."

The “all you can drink” system in Japan is a fantastic one, but not all nomihodais are created equal. Keep your eyes and ears open for the cheaper ones. Some will go as cheap as 300 yen for every 30 minutes of all you can drink. This is a way to save your yen, but not your liver.

Word of warning: Be careful of the “catchers” on the streets trying to get you into their izakayas. They often offer good “deals” at their izakaya if you go with them, but it is more often than not just a bit more lackluster than that extra season of your favorite show they never should have made. You’ll likely be hit with, among a plethora of other things, a table charge and a pre-meal appetizer, which of course costs money, and of course you can’t refuse. By the time you walk out of there with a 4000 yen bill, you’ll be wondering if that last chu-hi you drank wasn’t actually a four loko.

This isn't the end-all be-all of how to live cheaply in Tokyo. We have more tips to add, so bookmark this page and come back in a few weeks to see where it's at!