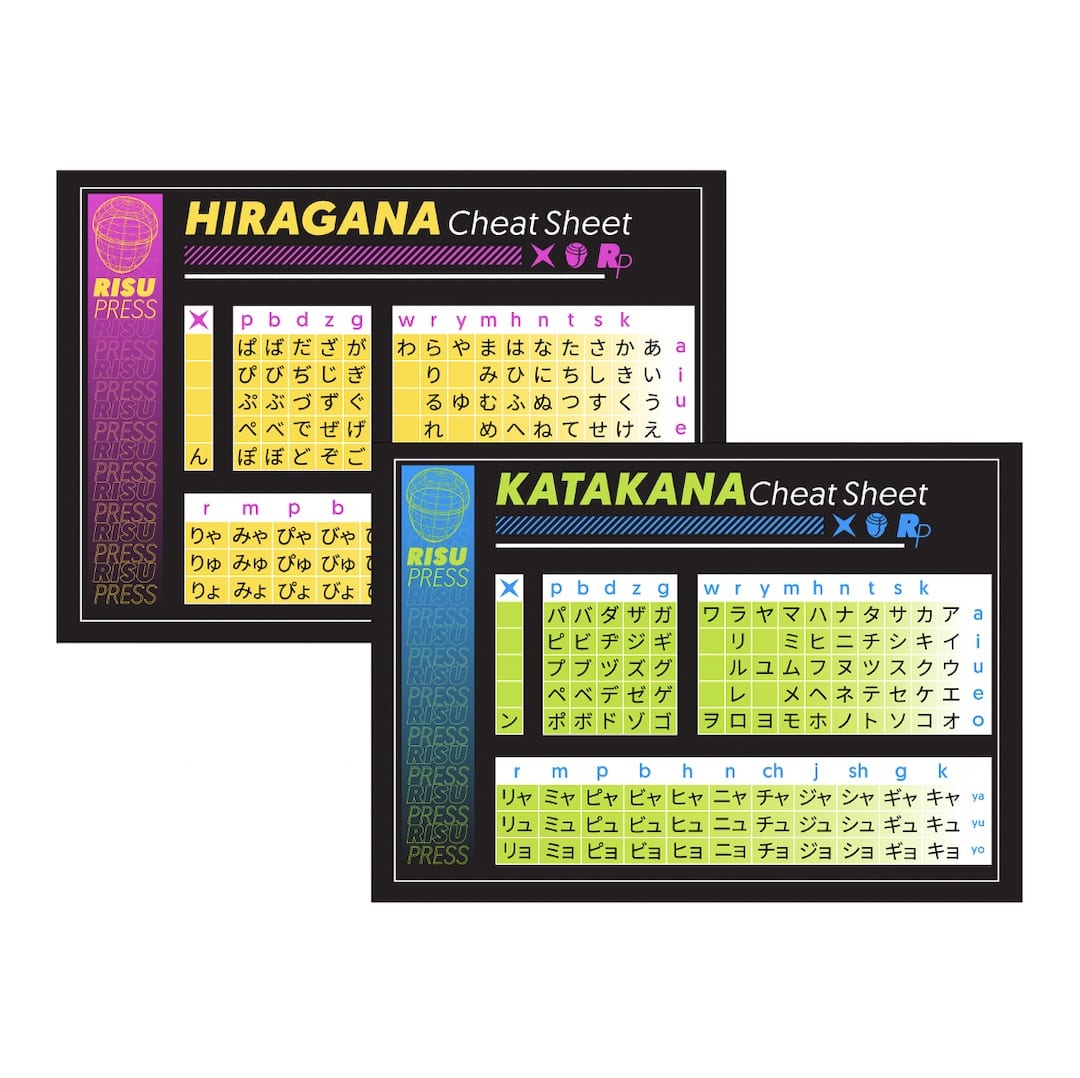 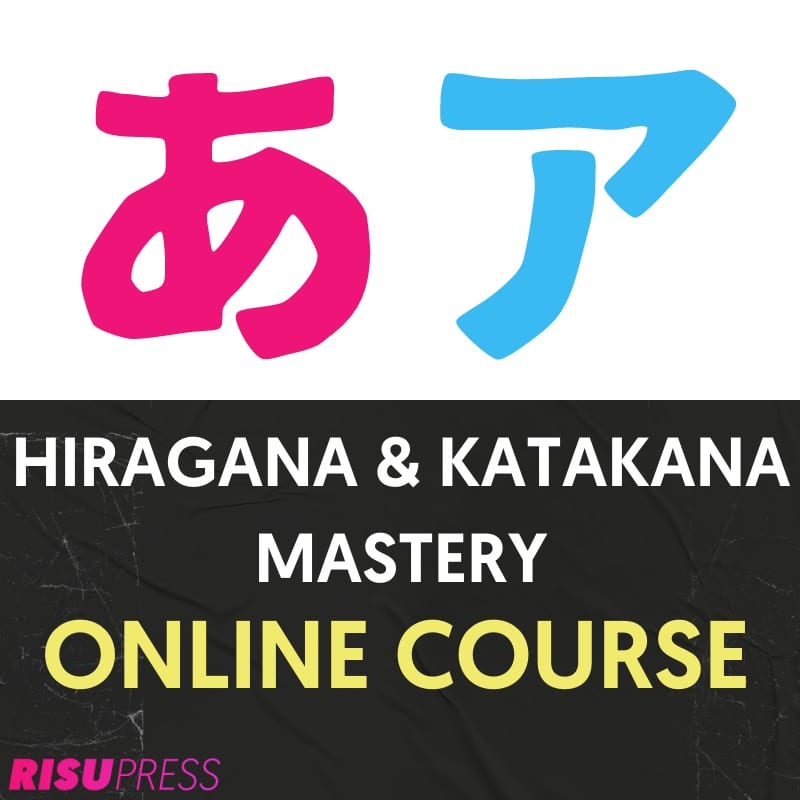 The 5 Basic Flavors in Japanese: 5 味（あじ）

Tanaka-san, Yamada-kun, Hana-chan – if you're studying Japanese (or maybe you're just a fan of Japanese culture), you've probably heard these Japanese suffixes before.

That's because Japanese uses something called "honorifics" (much more frequently than English, where we have sir or ma'am) when addressing people. These honorifics can be a challenge to understand at first, but even in your first days in Japan, you'll be hearing san, kun, chan, sama, and others and you'll need to know what they mean!

The good news is that it's not terribly difficult, and you can always fall back on the standard san when in doubt until you know how to navigate Japanese honorifics a bit better. 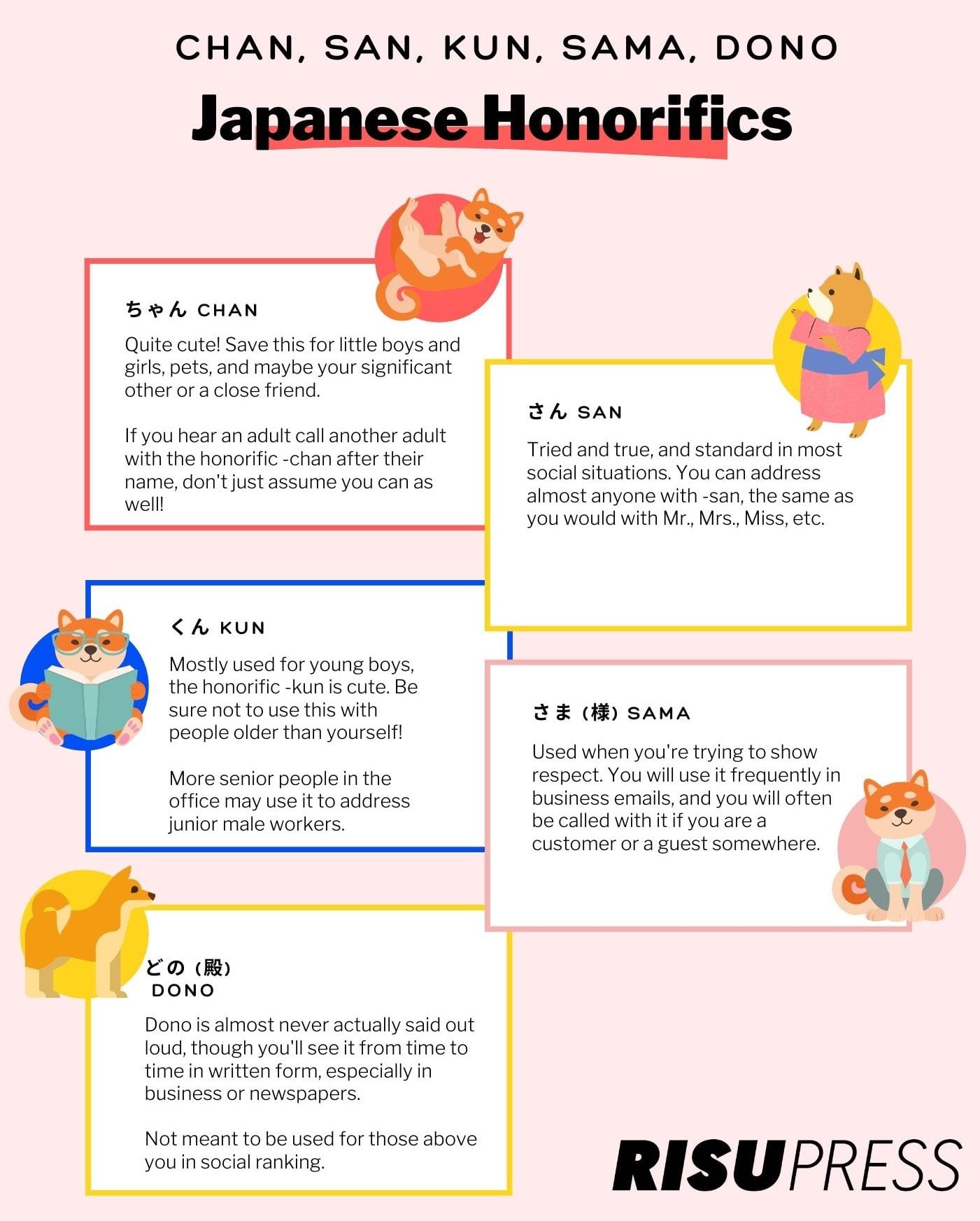 Chan is super common in kawaii Japan, and you'll run into it a lot! Think of trying to say san in a cutesy way, and you end up with chan. You can use it in your close circle of friends, with young kids, pets, and even your boyfriend or girlfriend. You'll hear that it's meant for young girls, which is historically true, but nowadays, you'll even see it used for grown men in some social situations.

If somebody calls you -chan, you can rest assured they are probably fond of you, but don't take that as a license to call them chan back! Until you know for sure, stick with san!

The standard Japanese honorific, said in most social situations. Equivalent to Mr., Mrs., Miss, etc. It is considered polite, and you mostly can't go wrong with using san to address someone. Note, there are some exceptions to this, such as when writing business emails (see sama below).

This Japanese honorific is also unique, because it can be used to denote a store. For example, if you were telling your friend you went to your local sushi place on the weekend, you might say 週末、お寿司やさんに行った  (shuumatsu, osushiyasan ni itta). The -san here shows that it's a little bit personal to you (your local sushi joint), as opposed to going to a Michelin star sushi restaurant.

Also, be conscious not to address yourself with san! No matter how many times people call you "Kevin-san", when you introduce yourself, you are just "Kevin."

Kun is the Japanese honorific traditionally used for young boys. You'll hear all about Yamada-kun's day in class, or how Shoto-kun is getting so big already.

However, you will also see kun used in business settings when more senior coworkers refer to junior male colleagues. It's a little bit diminutive, but not impolite. It is one of the ways Japanese honorifics can make seniority clear without explicitly stating it.

This one has a kanji! However, you'll see it written just as often in hiragana in non-formal settings.

Sama is the Japanese honorific used when you are addressing someone with a higher social status or you want to show respect. The most common example you will run into is when store staff or reception attendants call customers' names out. If you are waiting at the local town office to be served, and they haven't issued you a number, you will most likely be called Kevin-sama in this case.

Sama is also the honorific of choice when writing business emails to people outside your company. In this case, it is often written using the kanji. 鈴木様 (Suzuki-sama) is an appropriate way to address someone in a business email after their company and position within the company.

You'll also hear sama in common words such as 神様 kami sama (God), お客様 okyaku sama (polite way of saying customer or guest), 皆様 mina sama (respectful way of saying everyone), and お疲れ様です otsukaresama desu (standard phrase meaning "thanks for your hard work" after someone has done something).

Dono is basically always written using the kanji. In fact, it's almost always only used in written form! You will rarely, if ever, hear this Japanese honorific said out loud.

It is sometimes used in business settings by superiors (management) to refer to more junior staff. It's not impolite, but it feels a little bit less close than just using san.

Don't feel pressure to use dono unless you have been instructed to do so. You can get away with using san in almost any situation where dono is an option.

When and how to use Japanese honorifics

As you may be aware, you typically refer to people in Japanese by their surname. There are exceptions to this, of course – your friends, children, your boyfriend or girlfriend, etc.

However, if you call someone by their surname without any honorific or title, that is called 呼び捨て (よびすて, yobisute) and would be considered quite rude in many situations. On the other hand, your boss may call you just by your last name with no honorific, or your new friend at the izakaya may ask you specifically to just address them as "name" as a sign of friendliness. Never assume you can get away without an honorific unless you know for sure!

This even extends to people you see every day, and may feel quite close to. Your coworker who you have lunch with every day is still 井上さん (Inoue-san) unless they ask you to call them by their first name.

Be aware of your in-group and your out-group 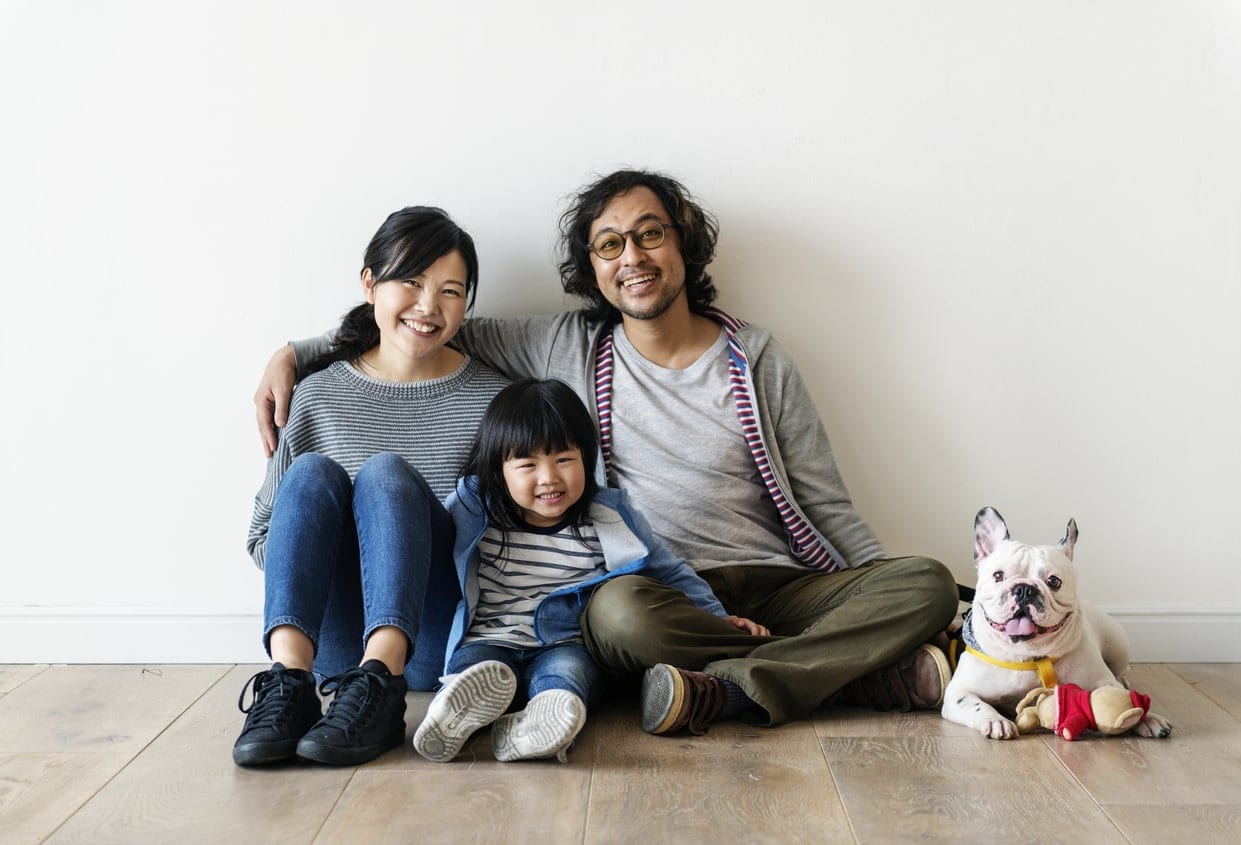 Your family, your friends, and your classmates and coworkers are considered your "in-group"  (内 uchi) in Japan. Outside parties may refer to people in this group as -san or -sama, but you can't talk about your mom or your coworker to someone from outside this group and attach an honorific.

The exception, where yobisute is actually expected, is when you are talking about people in your in-group to someone outside that group (外 soto). An example of this is in business settings, when you are talking with members of another business. For example, you wouldn't say, "my coworker Tanaka-san" to a client or business partner; you would refer to her just as, "my coworker Tanaka."

Likewise, when you speak to you mom, she is お母さん okaasan, but when refering to your mom to someone else, she is うちの母 uchi no haha (my mother).

Think of it this way: within your in-group, all social hierarchy and levels of politeness exists. However, to people outside that group, you downplay your entire in-group and instead show respect to your out-group. This extends to the words you use, which is part of keigo, but that is an entire subject on its own.

Titles and other suffixes in Japanese

In addition to mastering the use of san, kun, chan, sama, and dono, there are also a wide range of titles in Japanese that are used just as frequently. Your teacher (and your doctor) is 先生 sensei. At the work place, you'll likely have a 課長 kachou (section lead), 部長 buchou (department head), and 社長 shachou (company president). Your 先輩 senpai is a coworker or student in a year or cohort above you.

In all of these cases, the title is itself an honorific. You don't need to call someone sensei-san!

Love it or hate it, you'll need to get very comfortable with all the honorifics introduced in this article. They help you not only understand social ranking around you, but if you use them well you come off as a polite and well educated individual.

As a foreigner in Japan, there is some leeway to make mistakes, so don't be put off! When in doubt, you can rely on -san in most situations and you'll be fine. Try to pick up as much as you can from conversations around you, and be mindful of your social position, and your in-group and out-group.

Planning Your Move to Japan as a Student