Globalization: The Myth That Persists In Corporate Japan

Christmas in the year 2000 saw children all around the world opening up Nintendo 64 games and unwrapping packs of Pokémon cards, while their parents loaded up relatives in Toyotas and Hondas, blasting holiday music from Sony CDs. The magic of Japan's international success was omnipresent, and yet so well integrated that the average non-Japanese would have been hard pressed to really point it out. From children humming the theme of Sailor Moon on their way to school, to parents cross shopping between Sharp and Toshiba flat screen TVs to upgrade their houses, Japanese influence was (and to this day, is) everywhere.

Global market penetration to this degree would be evidence of the success of "globalization" in Japanese companies... if not for the simple fact that it wasn't.

If you were to step into Shinjuku in the year 2000, you would be hard pressed to see the same visible contribution from foreign countries anywhere on the streets. Perhaps you could wander into a Burger King before they pulled from the market in 2001, but it would be apparent that the "globalization" of Japan was decidedly a one-way street.

But there is globalization in corporate Japan, right?

Based on the success that Japanese companies have seen in pushing culture and product beyond national borders, one could assume that there is a high degree of understanding foreign consumers within Japanese companies. However, as anyone who has worked in house at a Japanese household-name-brand will have noticed, nothing could be further from the truth. 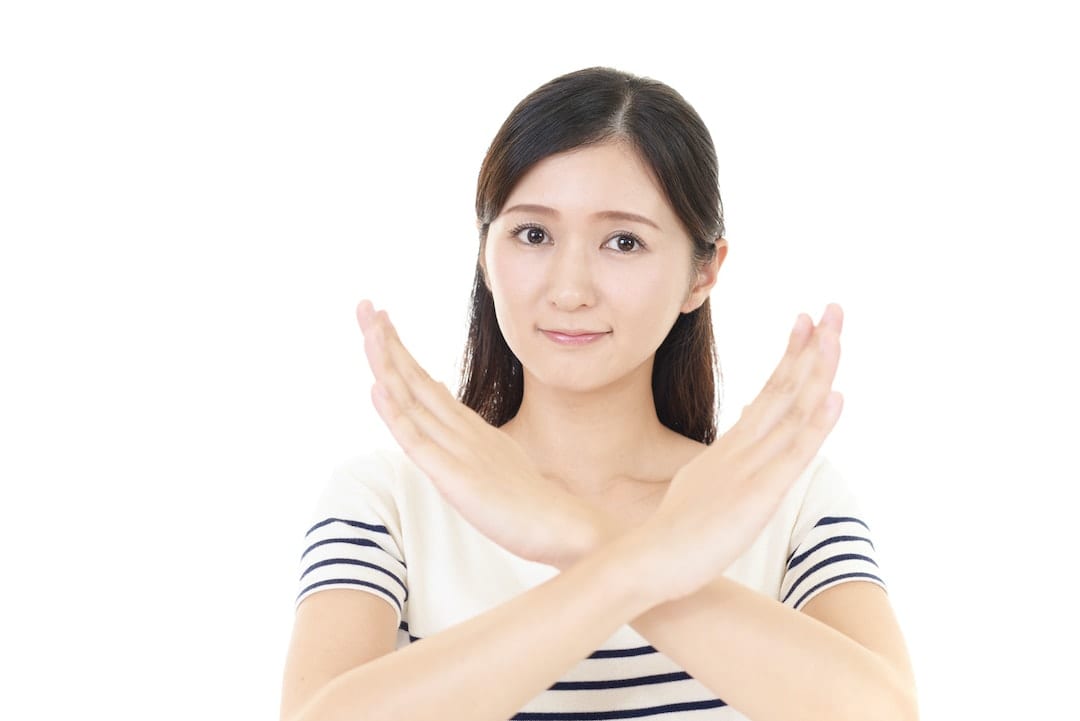 Much like Japan's minister of cyber-security, Yoshitaka Sakurada, has never actually used a computer, corporate Japan has found itself in the position of penetrating foreign markets without actually incorporating foreign perspective into the strategy.

A company has become so well known around the world, and its products in such high demand, that it decides to double down on this success by creating a "foreign promotion" division. The mission of this division is to fundamentally understand their global consumers, build key messaging and promotions targeted at them, and earn even more market share in a field where they are already forecasting continued growth and success.

Instead, they bungle the entire operation. Foreign consumers are not consulted, they switch gears and promote crappy off-brand copies of what worked in the past. The whole mission becomes self-serving, to be promoted at internal meetings and talks, without ever dialling in on how they can leverage the good will they have in the market with their target audience. The division continues to receive large budget allocations, despite it slightly tarnishing the reputation of the company and never fulfilling its original goal.

Now go ahead and replace "a company" with "the Japanese government," and "a division" with "Cool Japan" and you have the story of how Japan failed to win when it had a winning formula, because nobody could be hassled to actually interface with foreigners.

So if understanding foreigners isn't the approach, what is?

Walk through a Yodobashi Camera or Bic Camera in Tokyo, and you'll run into countless examples of poorly designed UI on gadgets aimed at the local market, with more buttons than you can shake a stick at. The signage is overbearing and wordy to the point of ridiculousness, and tired celebrities are paraded around to showcase the latest advancements in rice cooker technology.

A vehement adherence to satisfying the local market is where it's at. Even major Japanese websites operate under the premise that "more information" makes them authoritative and trustworthy. Gaudy colors, mismatched styling, and a never-ending stream of information form the basis of some of Japan's biggest online brands. 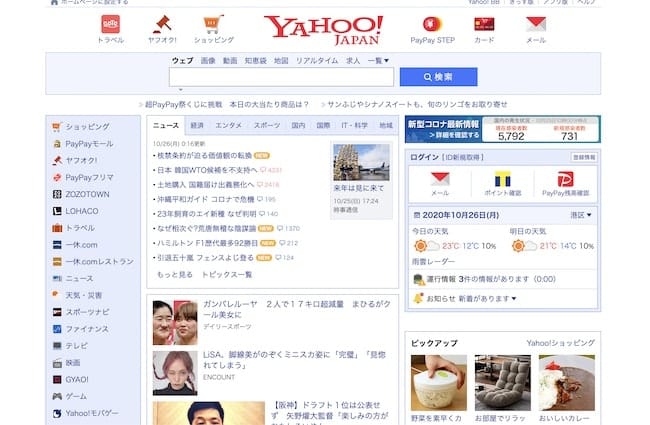 Fortunately for Japanese companies, there is still a strong consumer perception that the big domestic name brands provide better quality and make products better suited to Japanese consumers. There is a premium price on products manufactured in Japan, and a distrust especially of anything from China or the "other" asian countries.

You shouldn't be surprised, then, to learn that this extends to the Japanese approach to human resources. Domestic ideals are lauded, and foreign talent, the very people that may know best how to help grow Japanese businesses beyond the borders of the island nation, are distrusted because they don't get Japan.

The biggest buzzword in Japanese companies

The company president, Suzuki-san, is giving his monthly talk to the office again – an 2 hour ordeal where he gets the chance to pontificate about recent poor results and the need for グローバリゼーション (globalization) at a high level throughout the company.

"Hearts and minds, people! Let's think a little more global this month. Our new hires this year include SEVEN foreign hires, two of whom are not from Asian countries. Hope you all are practicing your English hahaha."

To anyone who has been one of the foreign hires mentioned here, you can probably see where this is going.

Suzuki-san means well. He wants what is best for the company, and other major players across Japan are – gasp – going English only (at least as far as their external PR releases indicate). If Sakura Corp has any chance of fighting against declining revenues this year, surely a few foreign hires is what will move the needle. 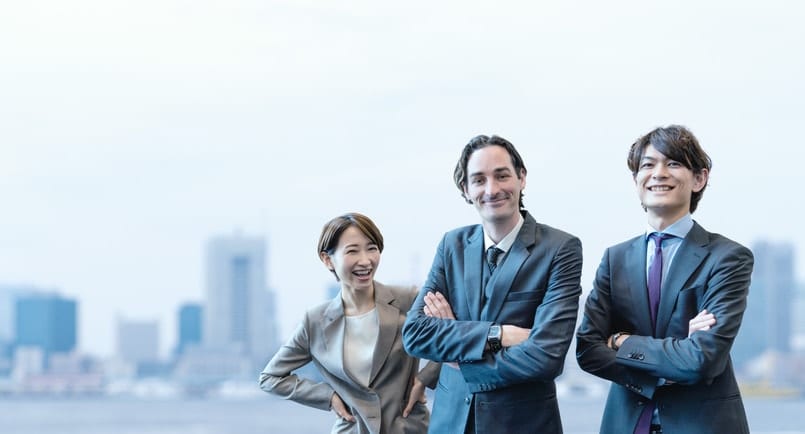 In the last decade, many major Japanese companies have implemented mandatory English testing on company time, with monetary penalties for management who either personally or departmentally don't have a certain level of English. This means that 58 year old Honda-san, who has been working in and then managing the widget division since before the Atari was even an idea, now needs to spend his evenings worrying about upgrading his English to make sure he makes yearly bonus.

This focus on English testing and a few foreign hires each year, though, is evidence of a larger problem: English test scores and some non-Japanese faces don't equal globalization (or even an international strategy).

The new foreign hires, unfortunately, are given a rousing introduction speech about how they have the opportunity to change things, to be the fresh spirit needed by the company.

"Take a look at what we do here, and if there is an opportunity to improve, to be more global, please speak up!"

Most of this writer's foreign-hire peers at the major Japanese company were throwing in the towel by year two. Year five, and not a single one of them could stay in that environment anymore.

"Gosh, those foreign hires are just so darn difficult to integrate. Anyways, this is Japan. We shouldn't keep trying to force change where it isn't needed... Let's not waste any more time or energy trying to recruit non-Asian talent."

Globalization isn't everything – but it's not going away

Not every Japanese company needs to become global to survive and thrive. There will always be some abundance in the Japanese market for the big names to thrive and for newcomers to enter and sell to the more than one hundred twenty million Japanese consumers.

However, there is so much opportunity for Japanese companies to get it right and leverage the soft power of Japan in a way that isn't done well yet. Sapporo Beer comes to mind as an example of one Japanese company that is playing the right tone in recent years for growth abroad, but it is just one example amidst entire industries of opportunity.

If you are intending to work in Japan, especially in an entrepreneurial sense, this is perhaps the biggest gap you can attack. As an outside with a sense of how things work in Japan, you can position yourself as a "connector," or the person who can help translate outside needs and desires into something Japanese companies can address.

The most successful foreign residents I have met in Japan tend to fall into this role in some capacity. This can be helping to build out foreign language websites (with modern standards of UI and UX), translating Japanese to English more naturally, or being the liaison between domestic and international offices; globalization in the micro-sense is a big opportunity if you want to make a successful career in Japan.

Making the myth a reality

Globalization, especially in the neoliberal sense perpetuated by the Bretton Woods Institutions, is not inherently a good thing. While global prosperity doesn't have to be a zero-sum game, the means of achieving success quickly often come at the expense of outsiders and competing nations. But we're not here to argue that – the point remains that for an established first world country like Japan, there is immense potential upside in getting companies to adopt some of the elements that competitors in Europe and North America have successfully leveraged.

As a foreigner living and working in Japan, you can drive some changes through your own business practices. If you own a business, or you're thinking of starting one, focus on the opportunities to leverage consumer-focused design, meritocracy over time spent in the office, and building up people willing to challenge new things. Corporate Japan remains stagnant because of its refusal or inability to adapt to the new reality of the world. But where there is a failure to adapt, there is an opportunity to surpass.

Types of Employment in Japan

Types of Employment in Japan